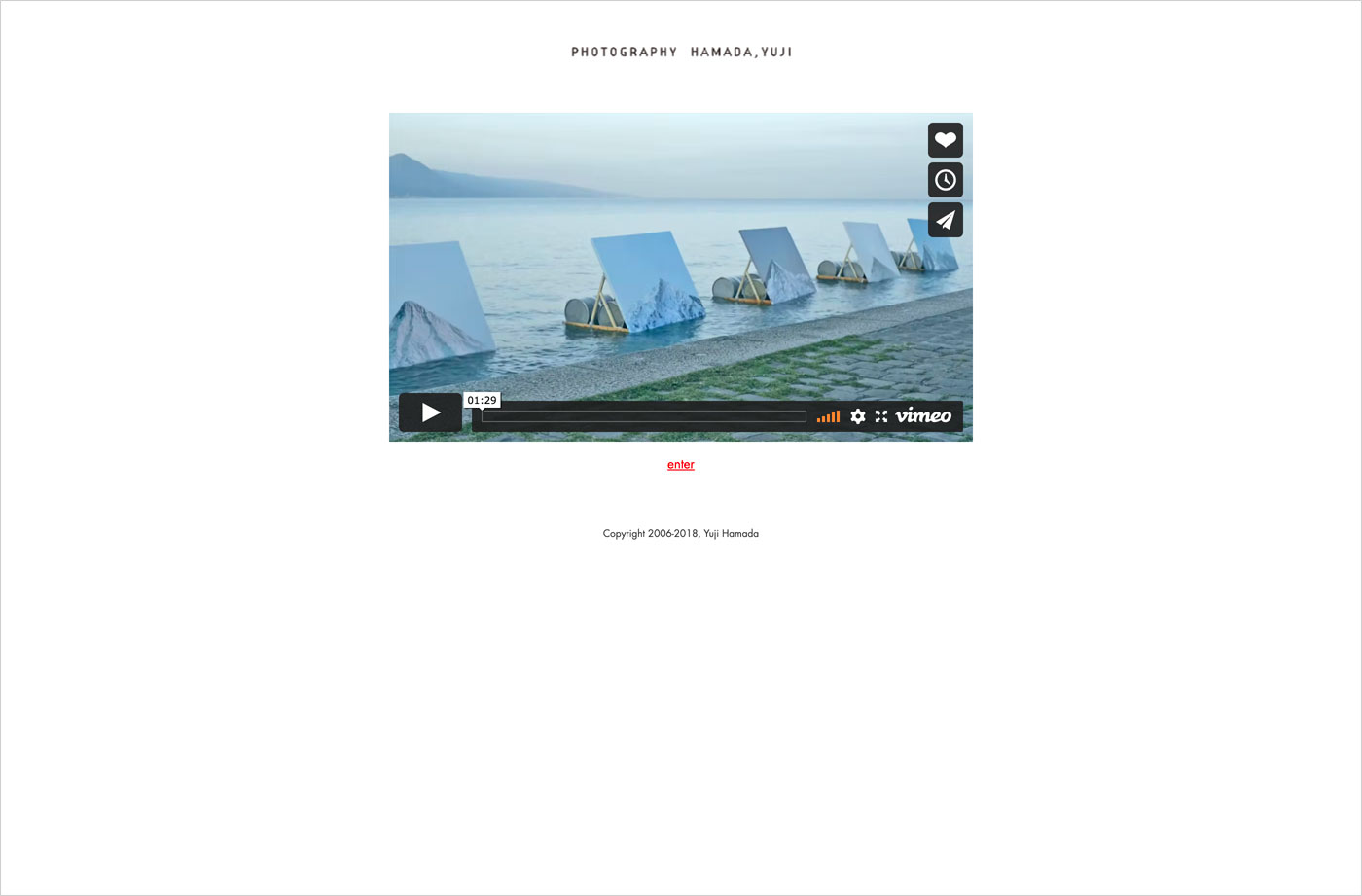 Born in Osaka, Japan in 1979. Graduated from the Department of Photography, Nihon University College of Art in 2003. After working at the publishing company as a photographer and studio assistant, he has worked as a freelance photographer since 2006. He was selected as a budding photographer, Magenta Foundation Flash Forward Emerging Photographer Award in 2011 and 2013 during his stay in England, and exhibited at the world traveling exhibition. He was featured at Foam Magazine, British Journal of Photography and IMA magazine. And his book “photograph” was nominated by Aperture / Paris Photo First Photo Book Award in 2014.
URL | http://hamadayuji.com/